From P2E to AAA Experiences: The Evolution of Web3 Games

From P2E to AAA Experiences: The Evolution of Web3 Games

The video game industry is currently valued at $178 billion (said to reach $258 billion by 2025), occupying a huge portion of the market share within the entertainment industry. What makes these figures possible? And what can we expect for the future of video games? The answer lies in the history of video games and the evolution of their revenue models.

The Inception of Video Games

In its earliest days, developers and publishers used Buy-to-Play models where users would have to purchase games (such as Super Mario, Zelda, and Final Fantasy) in order to play the complete version of a game. As video games evolved, so did their revenue models. Many developers adopted Free-to-Play frameworks, in which players could access games (such as League of Legends, PUBG, or Fortnite) for free, only needing to pay for bonus downloadable content (DLC) and microtransactions (in the form of cosmetic and utility assets).

By 2018, the introduction of blockchain technology gave birth to GameFi, aka gaming finance, which refers to the merge between web3 and gaming. By leveling the playing field between players and publishers through financial rewards and increased governance abilities, blockchain games like CryptoKitties and Axie Infinity empowered players in unprecedented ways. According to DappRadar, a single day of blockchain games accounts for nearly $12 million from millions of gamers worldwide. These early iterations of blockchain video games used Play-to-Earn (P2E) models, in which players collect cryptocurrencies or NFTs produced in the blockchain-based game. Players generate income by selling these rewards, which can be exchanged for fiat cash in return.

However, P2E models also had their shortcomings. Developers focused heavily on financial rewards as player motivators, neglecting the gameplay and immersion aspects of video games that gamers are drawn to. In combination with the collapse of Terra Luna and the hacking of Axie Infinity’s network which led to a loss of $615 million, the Gamefi space left many players disillusioned.

The New Age of Videogames

While rock bottom may seem detrimental, it can also be a great teacher. Many developers pivoted from simple P2E mobile games to full-fledged AAA-quality games with blockchain elements as a QOL addition. Instead of focusing on financial motivators as their main selling point, the priority shifted to creating experience-rich universes first. Blockchain is then used to empower players through true ownership and governance over their in-game assets.

One AAA game that stands out within the web3 ecosystem is Life Beyond, a blockchain-powered MMORPG (Massive Multiplayer Online Role Playing Game). The architects behind the game include Benjamin Charbit, former game director of Assassin’s Creed Blackflag, and a team of gaming industry veterans from distinguished backgrounds. Life Beyond provides its players the opportunity to build an advanced virtual society on the dangerous, faraway planet of Dolos.

Another noteworthy upcoming AAA title in the web3 space is Phantom Galaxies. In a nutshell, Phantom Galaxies is an online open-world space simulator that uses Mechas, or gigantic robots, to roam space and participate in epic battles. The team behind the game, Blowfish Studios, has been an established developer and publisher for the last 9 years, having won several awards for their excellency in videogame development.

What makes these games different from other titles? The answer is experience. The teams behind both projects have years of quality experience under their belts, which gives them a deep understanding of what gamers are looking for when it comes to video games. Stunning graphics, elaborate systems, and immersive lore are what all developers should strive for.

The Future of Videogames

The video game industry has come a long way since its genesis. While an intricate and detailed revenue model is helpful, the real difference lies in the value provided to gamers. Reward systems can be great, but if the core gameplay elements are not enjoyable enough, long-term sustainability can become questionable.

There are plenty of video game developers and publishers with “player-first” mentalities aiming to elevate the gaming experience as a whole. Gamers understand that revenue models are necessary to keep the games running smoothly. Both parties have laid the groundwork necessary to understand expectations. Combined with past experience, it is safe to say, the future of video video games looks as bright as ever. 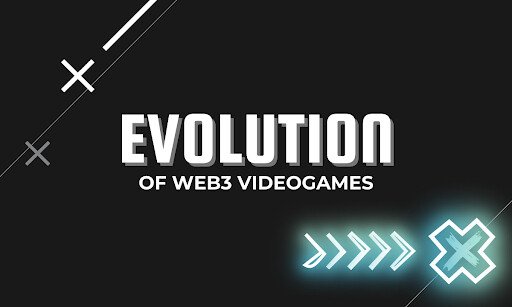 The Future of Gold-Backed Cryptocurrencies

How to Avoid Losing Crypto on an exchange

Kalima Blockchain : One of the most accommodating blockchains for developers

BudBlockz (BLUNT): The Promising ERC-20 Token That Will Dominate The Ethereum Ecosystem

From Zero to Five: CoinEx’s Self-Improvement

How Crypto Payments Are Revolutionizing The World

How to add unlockable content to your NFT collection

Prime Brokerage for the Digital Age

Futures up to 100%. Trading on the secure platform

Earn up to 40% Annual Yield with Staking

How to defend yourself against job automation

How to Use Voice Assistants For Your Business