You could have a car for what Tiaga is asking for the keys to a new Orca. So the question must be asked, is it worth it? Electric power has made its mark on the automotive industry, but what about all of the other applications currently dominated by internal combustion engines (ICE)? If you’re a proud Model X owner, does indulging in personal hobbies mean abandoning your commitment to sustainable energy?

Not if you own a Tiaga Motors’ Orca. This first-of-its-kind electric personal watercraft (PWC) will give wave-ripping weekend warriors a performance alternative to gasoline-powered conventional watercraft, but not at a conventional price. You could have a car for what Tiaga is asking for the keys to a new Orca. So the question must be asked, is it worth it?

What’s Black and White and Shreds All Over?

Given the high price of entry, you would assume that customers can expect a high-quality product. And the Orca appears to be just that. It looks the part, featuring white-on-black styling befitting its name and a broad, stable-looking hull that is home to its special watertight 134kW battery pack.

Capable of discharging at 23kWh, the Orca’s performance should be on par with conventional watercraft making roughly 180 horsepower. Thanks to all-carbon-fiber construction, it weighs about half as much as the 160 horsepower Kawasaki Jet-Ski Ultra LX and is capable of a 65mph top speed. That’s fast enough to stay with all but the brawniest ICE-powered watercraft, and the weight advantage should give it the kind of acceleration that Tesla owners rave about.

Enjoying yourself on the water isn’t all about going fast, though. The Orca delivers in the technology and features department as well. It features a waterproof digital display that allows riders to navigate with GPS, enjoy Wi-Fi and Bluetooth radio, check water temperature and use the watercraft’s onboard cameras.

Sizing up the Competition

Buyers of conventional watercraft will need a convincing argument to pay more than double the price of craft from Kawasaki, Yamaha or Sea-Doo. If the emissions argument is all you need to get on board with the Taiga, it’s an easy decision. However, the substantial price delta is likely to weigh on the minds of those who take an interest in the Orca for its technological appeal, but can still get comparable performance from a gasoline-powered watercraft.

If you’ve followed the rise of the electric car, you know of important it is for electric vehicles to compete with their ICE counterparts on range. While you probably won’t be riding your watercraft to work, having your ride die beneath you while you’re on the water is a flat-out unpleasant experience.

Taiga says that their new machine can run for up to two hours on a full charge. Watercraft in the Orca’s category can deliver about 1.4 hours of runtime at full-throttle, and while that’s not two hours, it’s common knowledge that electric vehicles consume power very quickly at full throttle. To put it simply, you can expect the gasoline-powered alternative to deliver a longer runtime.

The Tiaga does have a trump card no ICE-powered watercraft can rival; instant torque. The same plant-you-in-the-seat shove that comes with any electric car should be present in the electric watercraft. No gasoline-powered watercraft can hope to replicate the power delivery of an electric motor. A water jet propulsion system could make that less noticeable than it is behind the wheel of a car, but there will be a noticeable difference going from the Orca to a Yamaha or Sea-Doo.

Care and Feeding of Your Orca

Maintenance is one area where your investment in an Orca pays off — sort of. Because the Orca features far fewer moving parts than a conventional watercraft, you don’t have to worry about winterizing it when the cold months come. There’s no draining fluids and adding fuel preservative. And Taiga says the battery can hold a full charge at-rest for quite a while.

And then there’s the question of fueling. You’re out on the water and your Orca is running on low. What to do? No problem, you say. Just pull the Orca out of the water and give it a charge.

Ahead of Its Time

So, should you spend nearly twice as much money on a very cool personal watercraft that, aside from being cool, performs about the same as the competition and could run out of juice much quicker? That’s a tough sell. But it doesn’t mean the Orca is a bad play for Tiaga Motors. Still, the question of is it worth it comes down to personal choice. If you have the disposable income to afford one it could be a blast to own.

Only 500 of the black and white PWCs will be built. Of those, 100 will be “founder’s edition” models with even higher price tags. You can call it audacious, but there are probably 499 rich people out there to buy these things. And that’s not the only good reason for Tiaga Motors to build them.

Before the Orca, Tiaga released a line of electric snowmobiles. If you’re wondering, yes they too are eye-wateringly expensive. But by taking these first leaps into the personal-funmobile market, Tiaga has developed some of the most rugged battery technology available for crafts of these types. That’s important.

As demand rises for clean-running watercraft and snowmobiles, Tiaga will be refining its technology. The successor to the Orca is already in the works, with a targeted list price of US$14,000. If you’re a Yamaha salesman, that should be enough to prick your ears.

Even if the first-generation Orca is little more at face-value than an expensive novelty piece for yacht-owners who want to be first to the party, it’s the beginning of the transition into electric power for this market.  We’ve seen automakers embrace EVs, and motorcycle companies after them with bikes like the Harley Livewire. It’s only a matter of time for watercraft. Tiaga is just placing their bet before the competition does. 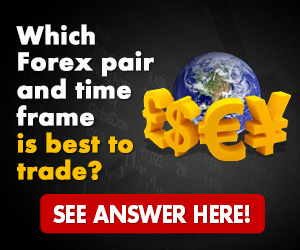